An extra splash of Morning Fizz this AM.

This message went out to his supporters last night:

Subject: Re: Big Week This Week!

Hey everyone on Team Donaldson!

I hope that you all had a great weekend and that everyone is fine!

This week, I plan to gear up my campaign in a major way!  Stay tuned and let's talk about it this week when you hear the news!  We're going to need tons of volunteers, suppport and $$$.  Please help and support all the you can!

I've got several calls out to Donaldson's camp to see what the "news" is.

UPDATE: Local consultant Blair Butterworth, who's in talks with Donaldson about running a Donaldson mayoral campaign, told me that Donaldson is "establishing an exploratory committee today to test the waters."

Butterworth said Donaldson's candidacy is not a done deal yet, though.

However, other sources say it's going to happen. 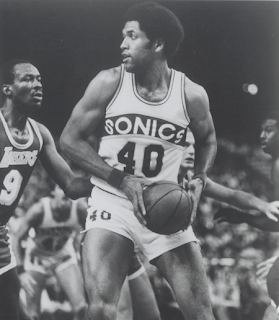 Butterworth added that if Donaldson did go for it the "main issue would be change. You're not going to get different results in this city with the same people."

The Week in Five Bites August 3–9

You Can Get Books From the Seattle Library Again

What to Stream in Seattle July 31–August 6

Where Covid-19 Outbreaks Are Happening in Washington

Where to Shop in West Seattle

More Than Just a View

Hiking Is the Safest Way to Have Fun This Summer

Summer's Still On at These Washington U-Pick Berry Farms

Where Covid-19 Outbreaks Are Happening in Washington

The Doctor Will Zoom You Now

What a Virus Taught Me About Uncertainty

More Than Just a View

Buying a Home During a Pandemic Is an Exercise in Perseverance