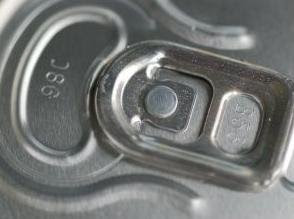 2.  State Sen. Tracey Eide (D-30, Federal Way) is pushing a bill that would peg car insurance rates to mileage. The bill is getting a public hearing today in the Financial Institutions and Housing & Insurance Committee.

3. FilmNerd was right, the noir city movie series at SIFF Cinema—featuring hard-boiled newspaper dramas—is dynamite. I saw this one last night. If the rest of the run is as good, you must go. Your deadline is this Thursday, when they're showing something called Night Editor.

4. The sponsors of the controversial transit oriented development bill tweaked it to say that about 15 of the 40-plus transit hubs at issue (the bill allows higher housing densities around light rail stops) could cap the density below the bill's 50-unit-per acre standard. To do so, however,  the sites must make up the difference by accommodating that number of transit commuters coming to the station—with bike racks, for example.

5. Two weeks ago, Morning Fizz recommended a new restaurant, Tilikum Place Cafe. That recommendation was based solely on the word of a reliable gourmet pal of ours. We can now recommend Tilikum Place Cafe based on experience. I went there with my Valentine's Day dates and the food is fantastic. Get the duck, mashed potatoes, and radicchio lettuce. Cozy, sexy atmosphere. You'll stay late, hanging out over drinks.
Filed under
Tilikum Place Cafe, News, Transit Oriented Development, Larry Phillips, Dow Constantine, King County Executive, Tracey Eide
Show Comments