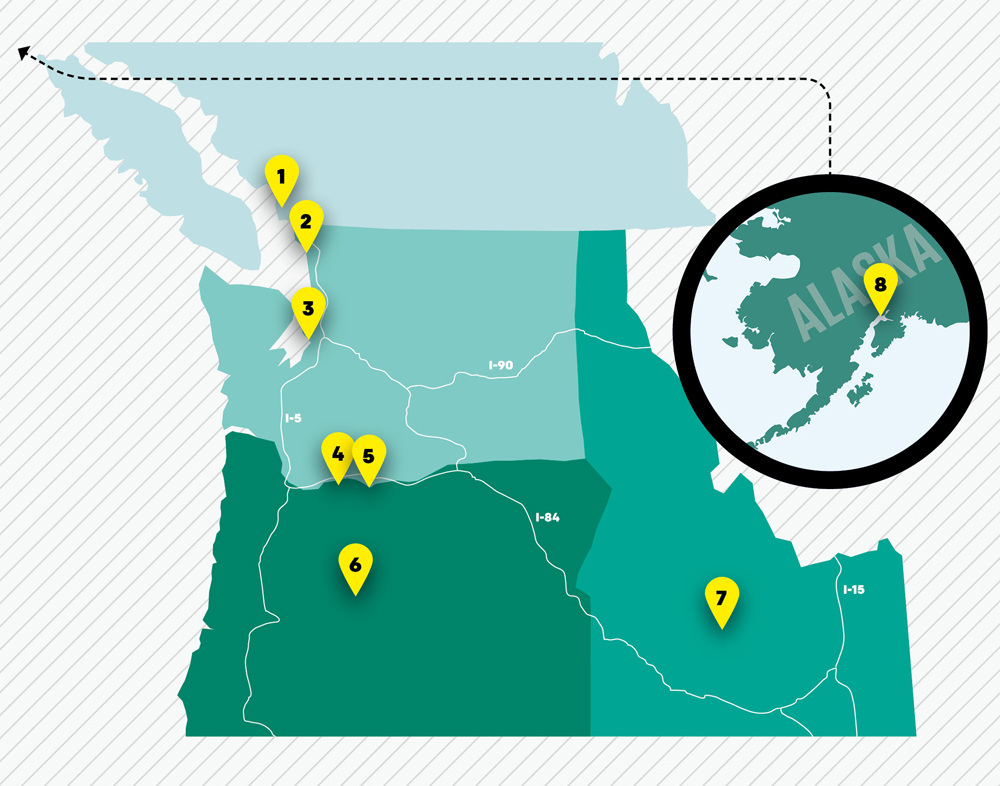 In a ruthless attempt to disturb the fickle reign of the tulip, La Conner introduces a month-long Daffodil Festival in March; there are more acres of the sunny flowers than acres of tulips in the Skagit Valley anyway.

Hood River Valley’s Blossom Time, April 11–26, kicks off with the Hard-Pressed Cider Fest and should end with a drive around the well-named 35-mile Fruit Loop. On second thought, do it in the opposite order.

Already known for a manic range of outdoor activity, the high desert city hosts its first urban marathon on April 26. Because this is boozy Bend, the finish line is at 10 Barrel’s brewpub.

Elizabeth Gilbert, author of Eat, Pray, Love, speaks at the Sun Valley Wellness Festival, May 22–25, probably to tell everyone that being in Sun Valley is a good first step to wellness.

This feature appeared in the March 2015 issue of Seattle Met magazine.

The Strange Twin Museums of the Columbia Gorge

It's a Big Week for Local Restaurant Reopenings

The Best Things to Do in the Columbia Gorge