Some restaurants treat their wood-burning grills like status symbols that give good backdrop. Eric Anderson treats the one at his Sunset Hill restaurant like the center of gravity, channeling fire’s primal pleasures into plates whose finesse occasionally requires tweezers. Butter’s often his intermediary of choice, as evidenced by the menu’s smash hit—a patty of charred rice, topped with butter-steeped crab and layered with emulsified dashi and pureed tarragon. While those leaping flames lend themselves to beautifully grilled meat (almost exclusively duck and mangalitsa pig), it also bakes and smokes its way to some of the town’s most artful vegetable dishes. Samara’s a neighborhood restaurant in the sense that it’s in a neighborhood, but this is destination dining. 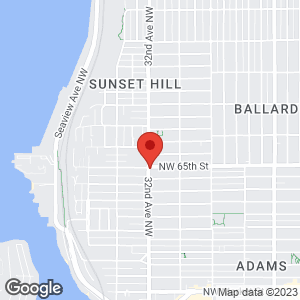 From blowout tasting menus to three budget-friendly courses at a pizza joint.

Where to Get Your Thanksgiving Dinner Fix This Year

From turkey feasts to plant-based meals to takeaway pumpkin pies, these spots in or beyond the city have you covered this holiday.