Adria Shimada makes her own ice cream base from scratch and grows her own spearmint for the vividly herbaceous (but not the traditional artificially green-colored) mint straciatella. Which is to say, she’s about as artisan as ice cream gets, though flavors skew more homespun—dark chocolate ice cream with bits of housemade peanut butter cup, blackberry, and the purest strawberry ice cream known to mankind. Parfait’s cheery Ballard atelier also sells push pops and macarons filled with ice cream, but the neighborhood’s favorite is the smooth coffee ice cream, fueled by True North Coffee Roasters, with chunks of housemade Oreo. 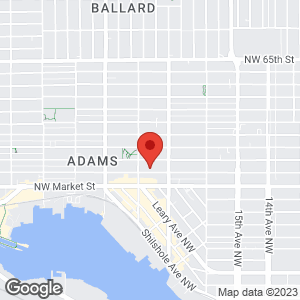 30 Places to Get Your Sugar Fix in Seattle

Some of the City’s Hottest Destinations for Cool, Cool Treats

The Best of Seattle Ice Cream 2017

He's got about 10 other locations in the works.