Dacha is a literal diner the way the Borscht Belt is a literal garment, with its limited hours and funky bilevel layout on East Olive Way. The menu’s a serendipitous confluence of co-owner Tom Siegel’s memories (latkes, matzo ball soup, his grandmother’s cheese blintzes, Reubens at Manhattan’s Jewish delis during culinary school) and partner Joe Heffernan’s immense talents with dough, which keeps Dacha’s ubiquitous black bread light and intriguing and its dumplings damn near ethereal. Does it seem weird that the guys behind Madison Park’s Independent Pizzeria would expand into Jewish deli staples and hearty plates from across Eastern Europe? Then try the khachapuri. This canoe-shaped oblong of golden dough, the national dish of the Caucasus republic of Georgia, harbors molten, slightly tangy white cheese in its chewy confines. It’s a revelation, and the reason you might need to wait for a table. 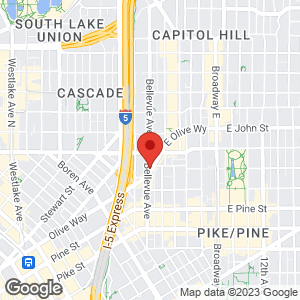 This Week in Restaurant News: Sushi Scandal and a Vegetarian Comeback

Six dining developments on our radar this week.

It's not exactly a diner, nor really a Jewish deli. Still, it's one of the most winning new restaurants in town.

This month's favorites: savory Chinese crepes, matcha parfaits, and dumplings by the dozen.