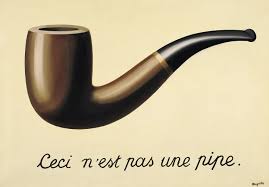 Eight inches in diameter, and 115 feet long, the pipe was left behind after it was used to measure groundwater levels during preliminary studies for the viaduct replacement (that's ironic), Preedy said. About 60 feet of the pipe remains underground (and potentially wrapped up in the boring machine's cutter head); WSDOT has removed the rest. "The current thought is that this pipe may be what's ... making it difficult to proceed," Preedy said.

Neither WSDOT nor STP were aware of the presence of the pipe, which a contractor left behind after completing the groundwater study, even though the pipe was noted on maps provided to bidders as part of the contract process. "If we knew it was there, we would have removed it," Preedy said.

Nor could he say how much the delay—now stretching into its second month—will cost, who will pay (state law caps the state's contribution at $2.8 billion), and how long construction may ultimately be delayed.

So far, Preedy said, the state hasn't dipped into its $40 million tunnel contingency fund, but he added, "I can say with some confidence that some of those funds will be used."

Former mayor Mike McGinn's major issue as a candidate and as mayor was whether Seattle would be on the hook for cost overruns; the tunnel could (eventually) be his final, triumphant "I told you so."

On December 3, Dixon said, a six-to-seven-foot length of pipe emerged from the ground above the machine's cutting head, but, he said, tunnel engineers initially didn't think the pipe was the culprit in stalling the tunnel boring machine a few days later. "The fact that the machine performed well two days after [running into the pipe] gave us a false sense of security that we could proceed."

Additionally, Preedy said that the machine was expelling pieces of boulders, which he says gave credence to the theory that the blockage was from a giant glacial rock.

Preedy said that although about half of the steel pipe was removed when tunnel workers discovered it in early December, he did not know how long (or how much it would cost) to remove the rest, nor how much damage the pipe had done to cutting tools on the outside of the boring machine, which are designed to be replaced. (There could be damage to the cutter head itself, but the tunnel builders won't know until they can look at it directly).

Meanwhile, Preedy said he could shed no light on comments made by Mayor Ed Murray this morning about the city's own work on the tunnel (as well as the downtown waterfront park and the seawall, which was just revealed to be tens of millions over budget); Murray said that while the state had, up until October anyway, stayed on time and on budget with its waterfront projects, "on all aspects of the central waterfront," the city had not.

Property Watch: A Lakefront Home with a Waterfall Room

5 Seattle Suburbs with the Most Bang for Your Buck

In Hilly Seattle, It's Electric Bikes or Bust