A Holly Park Crip gang member—and convicted burglar and identity thief—by the name of Rat-Face is facing more jail time after a Department of Corrections officer found hundreds of rounds of ammunition and fireworks during a search of the man's car after he failed a drug test.

During the search, police records say officers found a cellphone picture of Rat Face—legally named Mohamed Yusuf—holding a silenced submachine gun, and authorities are also now trying to track down the firearm. 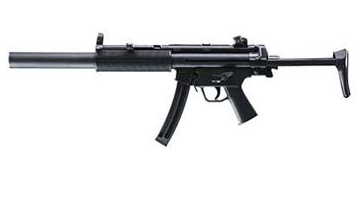 Police and D.O.C. records say Yusuf was convicted of identity theft in February and received a three month jail sentence along with 12 months of community supervision. He has previous convictions for unlawful possession of a firearm and residential burglary, records say.

On July 14th, Yusuf visited the North Seattle D.O.C. office to check in with his corrections officer.

When he arrived at the office, D.O.C. officer Jeff Brown wrote "Yusuf advised me that one of his best friends was shot in South Seattle at 11:00 p.m. on July 13th."

"Mr Yusuf informed me that he was stressed out because of this incident and took 'one puff' of marijuana after finding out about the...shooting," Officer Brown wrote.

Because Yusuf had admitted to using drugs—and later tested positive for smoking pot—he was arrested for violating the terms of his community supervision.

As D.O.C. officers were getting ready to transport Yusuf to the King County Jail, he mentioned that his "cousin" had left some 22. caliber bullets in the Chevy Caprice Yusuf had driven to the D.O.C. office.

When officers searched Yusuf's car, they found a box containing 350 rounds of .22 rifle ammunition behind the passenger seat, and a "myriad [of] illegal fireworks"—including one roman candle and a number of mortars—in a backpack, police records say.

Police also searched through Yusuf's phone and "discovered a photograph of him holding a semi-automatic rifle equipped with a silencer."

D.O.C. later turned the phone over to SPD, and police have filed a search warrant to try to track down the gun.

In D.O.C. records on Yusuf's violations, Officer Brown wrote "Mr Yusuf's adjustment to supervision has been poor. He is clearly a high risk to the community and it is likely only a matter of time before he commits a violent crime against another human being."

D.O.C. has recommend Yusuf be jailed for 180 days.