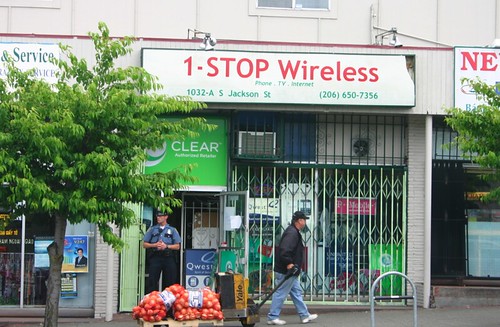 A three month-long investigation into stolen property trafficking around the city led police to a non-descript storefront near 12th and Jackson in the International District Thursday afternoon, where detectives say they recovered $100,000 worth of stolen cell phones, and found themselves wading through piles of allegedly stolen goods.

As of Thursday night, police had served warrants at five locations, including an apartment on Beacon Hill and four businesses—1-Stop Wireless in the International District, 16th Ave Grocery in West Seattle, the Meza restaurant on Capitol Hill, and Guyamas in Belltown—suspected of purchasing $750,000 worth of merchandise stolen from Seattle grocery stores.

The raids are the result of Operation Silly Name Super Boosters, an investigation by SPD’s Pawn Shop Unit into stolen property trafficking around the city.

One of the businesses, Meza, was not initially targeted by SPD as part of their initial investigation. Police say they later discovered Meza's owner was involved in a scheme with thieves.

According to police, Meza’s owner loaded up shopping carts with expensive items—like champagne—in grocery stores, left the stores, and then had thieves go in and steal the carts. Police arrested the restaurant's owner last week. He has not yet been charged.

Our news partners at Capitolhillseattle.com have more details on SPD's bust at Meza. 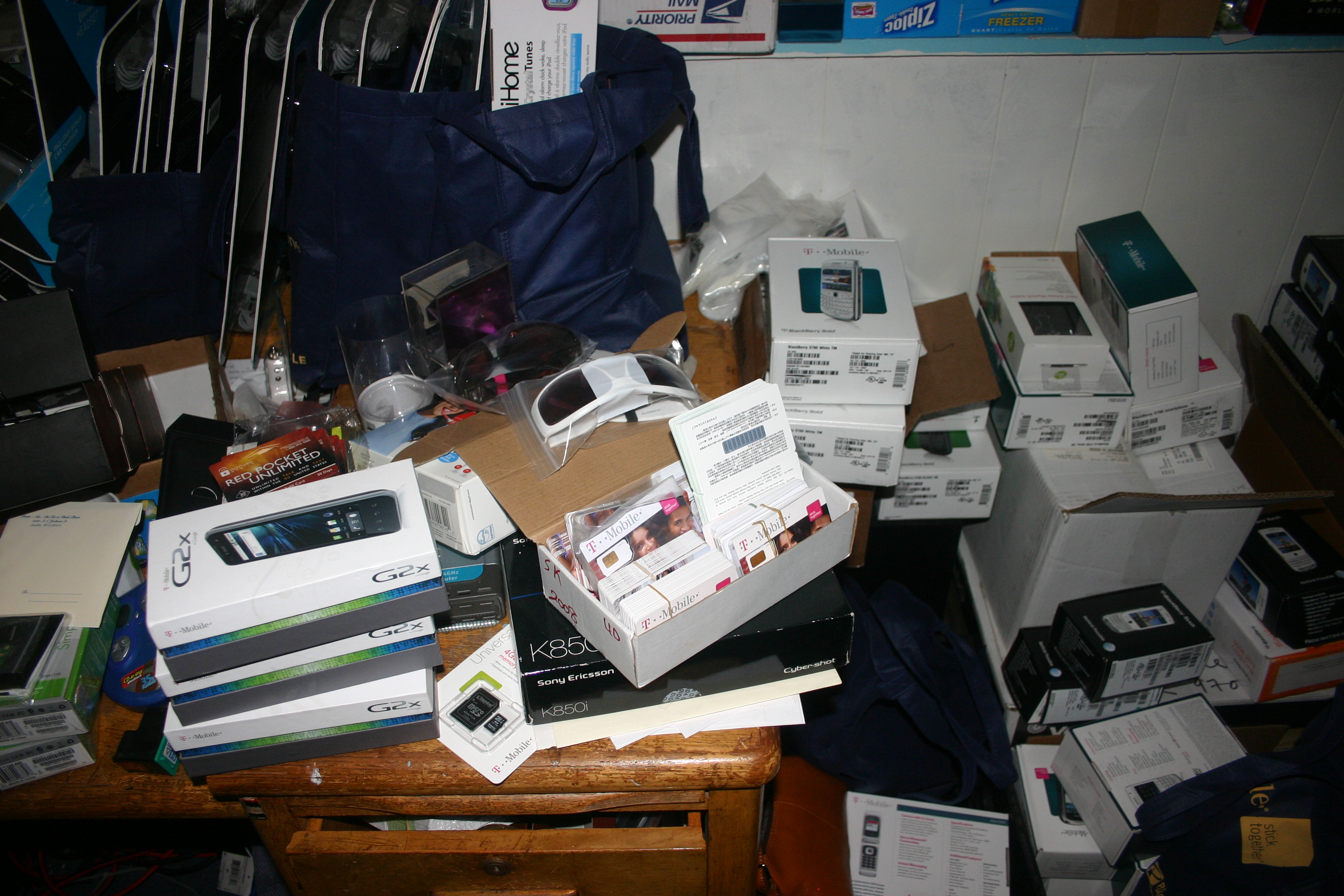 Police first began to take notice of major organized retail theft earlier this year, after they raided an alleged stolen property ring at the GMS Market in Greenwood.

According to SPD, not long after the conclusion of that investigation, police arrested a "booster" downtown who had stolen jackets from REI and re-sold them to employees at Guyamas in Belltown.

Police say that suspect provided detectives with information, which led them to the to groups of thieves who were allegedly stealing from QFCs, Fred Meyers, and Safeways across the city, and reselling the items to "mom 'n pop shops," according to SPD Lieutenant Gregg Caylor.

Caylor says shop owners were providing “boosters” with shopping lists. The thieves then went out and stole hundreds of thousands of dollars worth of shampoos, clothing, cell phones, alcohol, and even meat, and resold them to the small businesses for pennies on the dollar.

Police say thieves cleared out one store’s entire inventory of Taster’s Choice instant coffee, and sold it to a Beacon Hill couple for a dollar per container. The couple then shipped the coffee to the Phillipines, where it was resold for $8 a piece.

Police found approximately 500 suspected stolen cell phones during their raid at One Stop Wireless Thursday afternoon, along with unopened vacuum cleaners, laptops, and jeans. Boxes of cell phones—mostly iPhones in small ziplock bags, which police say may have been taken in car prowls—were strewn across tabletops, stuffed under counters, and stacked on a narrow staircase. Above the main floor of the business, police waded through ankle-deep piles of suspected stolen property—clothing, backpacks, and boxes of cell phone chargers—strewn about a dark room, lit only by a lone fluorescent bulb on the floor of the room. Police say informants sold iPhones to the store for $50 a piece. 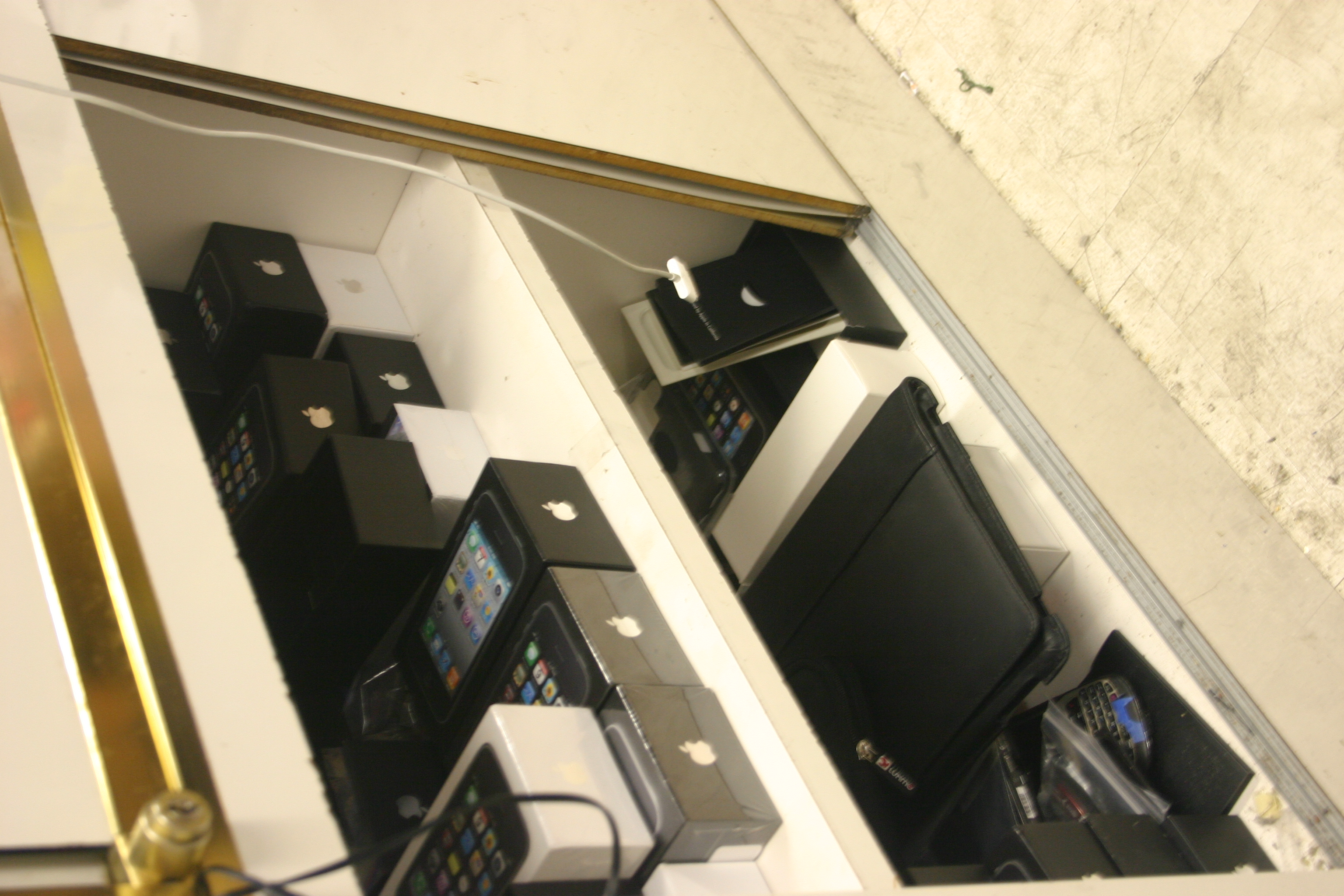 Police tell us they are requesting felony trafficking in stolen property charges against the 10 people arrested so far in this investigation.

SPD says they will attempt to return the stolen items to their owners.

More as this develops. 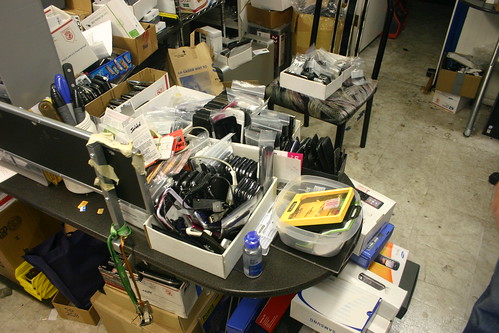 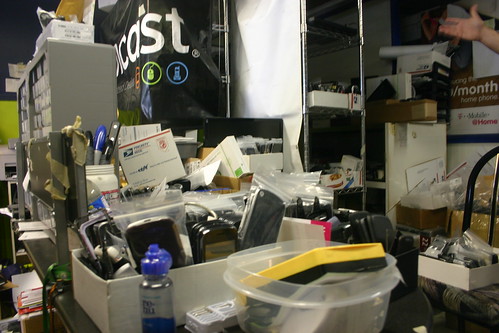 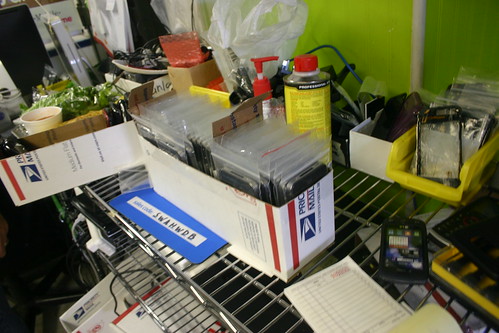 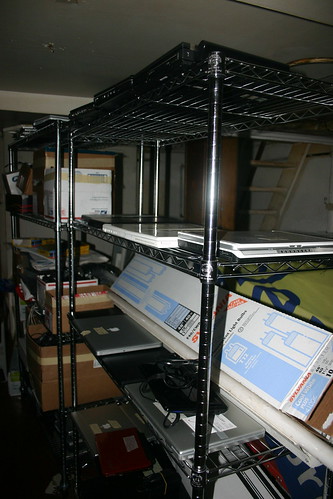 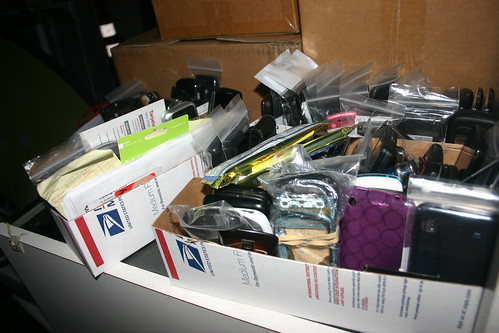 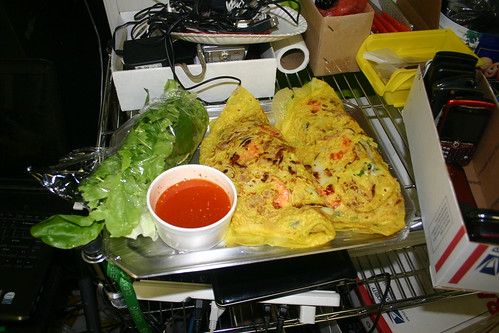 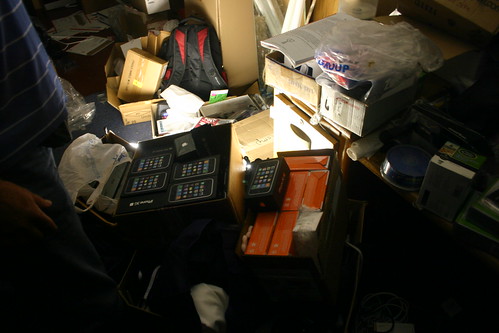 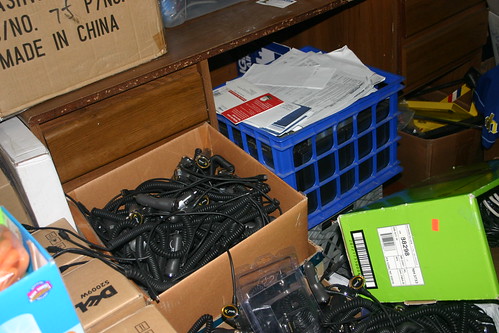