City officials are cracking down on a Central District anarchist hangout after neighbors complained the facility, known as Autonomia, was being used as "a nightclub" on weekends.

Last week, the Department of Planning and Development (DPD) issued a "Notice of Violation" to the owners of the property which houses Autonomia—on 24th and S Lane St—directing them to "discontinue all activities except apartment and grocery store/deli activities," according to an email from DPD spokesman Bryan Stevens. 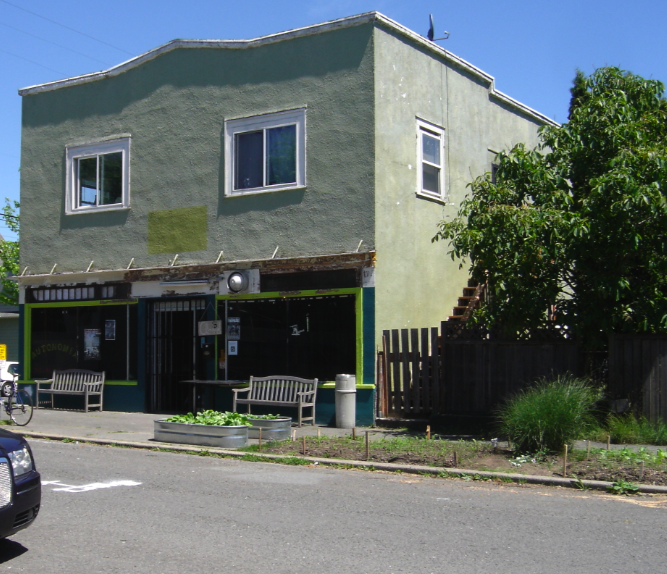 Neighbors say Autonomia opened in mid-March, and since then DPD has received two separate complaints about the venue, claiming a "non-profit anarchist group" is "operating as a 'night club' on weekends, in the middle of a residential neighborhood," and advertising events on its website.

Police have previously responded to complaints about large parties at the venue. Police records indicate officers were called to Autonomia shortly before 11:30 p.m. on April 16th after neighbors called to report loud music and a "disturbance involving 20-60 juveniles."

When police arrived at Autonomia, a man inside blocked officers from entering the facility.

Officer Carla Cockbain wrote in a report that she smelled "an extremely strong odor of marijuana smoke emitting from the facility," and that "there had obviously been a large group of juveniles smoking marijuana inside the facility."

Officer Cockbain also noted in her report that "All the neighbors stated that they are fed up with the facility hosting large parties that always result in disturbances and interrupts their attempts to sleep at night."

According to Autonomia's website, the venue isn't so much a party house as:

a place to meet comrades in struggle, a place for educating yourself and others, a place to hang out, laugh, eat, inspire and conspire together.

Autonomia strives to offer answers, to create a microcosm of alternatives to oppression as we tear this macrocosm of injustice down, to serve as a reminder of what we are for while we fight the relentless oppression of the state we are so passionately against.

Some Central District residents apparently aren't enthused to have Autonomia in the neighborhood.

Last week, a discussion about vandalism in the Central District on a neighborhood message board quickly shifted into a battle between neighbors and members of Autonomia.

Neighbors cited problems with noise, "fighting, smoking, yelling, [and] littering" at the venue, and referenced anti-police Anarchist graffiti, which has recently appeared in the Central District.

[Y]ou should expect more noise. if you want to live in a quieter neighborhood, move to one that is farther from the center of the city. As the city continues to grow, more foot traffic and noise should be expected. thats how developing density works.

The self-proclaimed Autonomia representative did note that:

we are no longer hosting events on sundays. we are still building sound proofing, but its coming together. we are also trying to reclaim the basement for shows, because that is much more appropriate in terms of controlling noise and people. we are only having a couple noisy events per month. and we have been keeping people off the streets during our noisy events by having door people. obviously we can't keep everyone off the street, but that would be the case no matter what kind of establishment moved in.

It seems Autonomia may be forced to cease hosting events altogether, as the city says the venue is not zoned for concerts and other large gatherings.

DPD's Stevens says Autonomia has until July 22nd to comply with DPD's directive or face fines. According to Stevens, after the 22nd, the property owners can be fined $150 a day for the first 10 days. After that, the fines increase to $500 a day, and the case will be referred to the city's law department.

As of this posting, Autonomia had not responded to a request for comment.