How do burglars decide which homes and businesses are worth breaking into?

While some burglaries are simply crimes of opportunity—an open window, an unlocked door—some burglars are meticulous planners.

Seattlecrime recently acquired a copy of a journal belonging to a prolific burglar, who was arrested by Seattle police in November, which provides some insight into just how much work some criminals put into their work. 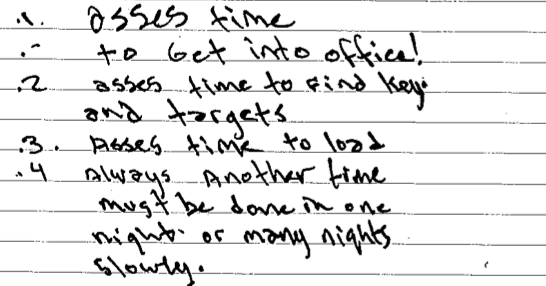 Bergstein's journal includes instructions on selecting targets, lists of businesses—with prime targets, like computer and jewelry companies, denoted with an exclamation marks—and notes on the arrival and departure times of employees. 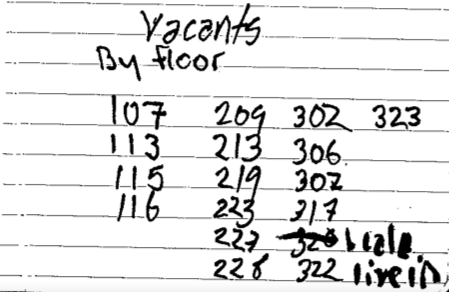 While Bergstein's diary doesn't contain an overwhelming amount of information about how burglars get down to business, it is, at the very least, a reminder to never underestimate the tenacity of burglars.

In fact, in spite of a push by police and prosecutors to lock up prolific burglars, career criminals don't appear to be slowing down. 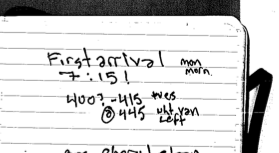 According to Seattle Police Department crime statistics there were 6709 burglaries in Seattle last year, up 3% from 2008. In the first four months of 2010, police have received reports of 2108 burglaries, up 1% over the same period last year.

Things have gotten so bad that detectives from SPD's Major Crimes Unit were recently embedded in SPD's burglary units to try and get Seattle's burglary numbers down and the department's case clearance numbers up—much as SPD did five years ago when they cracked down on car thieves.

Although police have taken Bergstein off the streets, detectives are still pursuing some of his associates, who may be tied to a prolific burglary ring still working around Seattle. 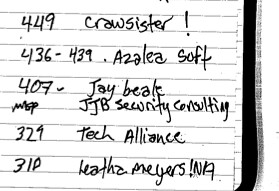