The SPD has launched a new website hosting some police reports publicly. Redacted reports of assaults, burglaries and robberies will be uploaded to the site a couple days after they occur (they need time to redact and process and stuff).

However, these reports are (and have been) available from the Seattle Crime map. We would like to point out some tricks for those of you interested in following the reports in a more visual and easy way. 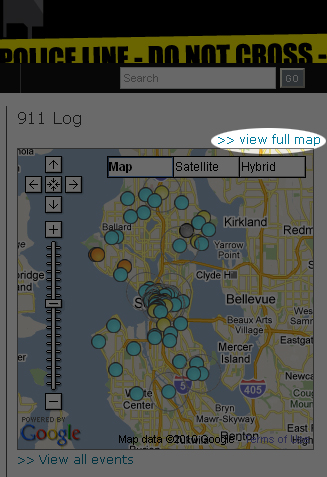 Then, to make the map a little more relevant, change the "Sort by" date to "This Week." 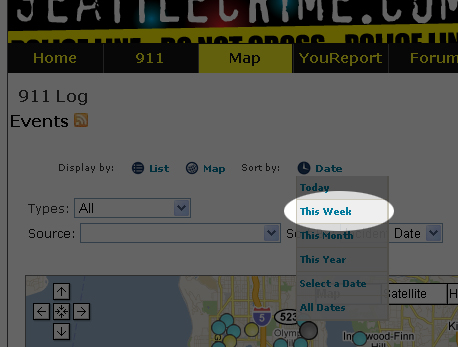 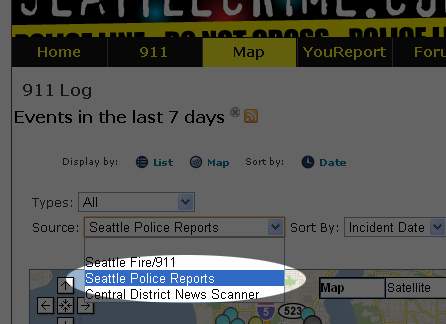 And look at that. An awesome map of recent police reports, sorted by date in the bar on the right. Click on "permalink" to read the same redacted police reports that are on the new SPD site (you may need to increase your browser's font size; try CTRL - +). Pretty cool, huh? 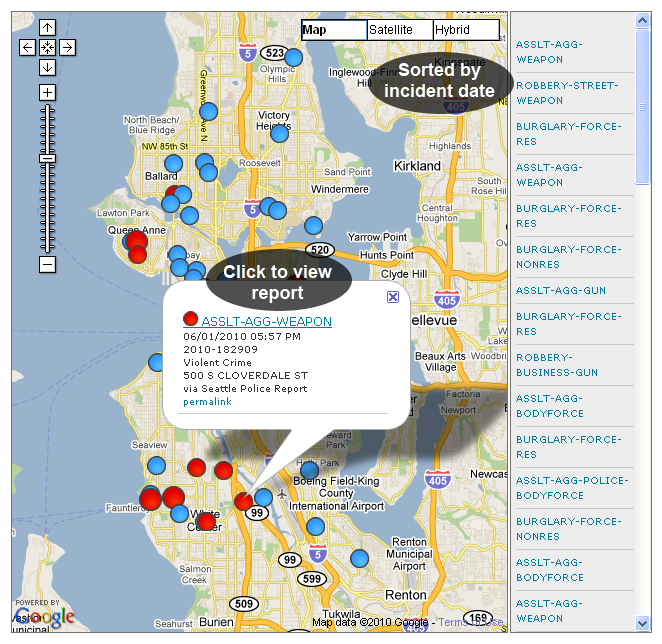 Casey at the P.I. has some interesting thoughts about how the new site is, in some ways, more limiting than what was previously available if you picked the reports up by hand at the station.

Previously, police distributed redacted reports on CDs available at precincts. Prior to 2007, precincts had redacted hard copies of reports available.

But a few reporters have gripes.

The report CDs prior to October 2009, when Seattle police started making the conversion preparing for the online service, included other crimes, such as car prowls and thefts.

While the switch to online reports will make it easier for most people to access some reports, accessing police incident reports for other crimes is still possible but will take significantly more time through public disclosure.