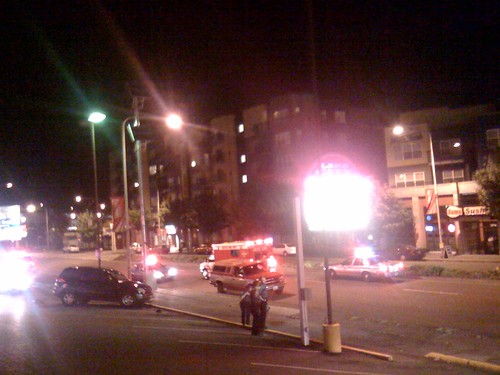 Seattle police have locked down Lake City outside of the Lake City Bar and Grill on 127th and LCW.

It appears a man in his late 40s was shot in the head. He's on the way to Harborview.

Police have stopped a possible suspect vehicle near Little Beirut.

And now, the official SPD release: