SPD has released a few details about this ugly incident: 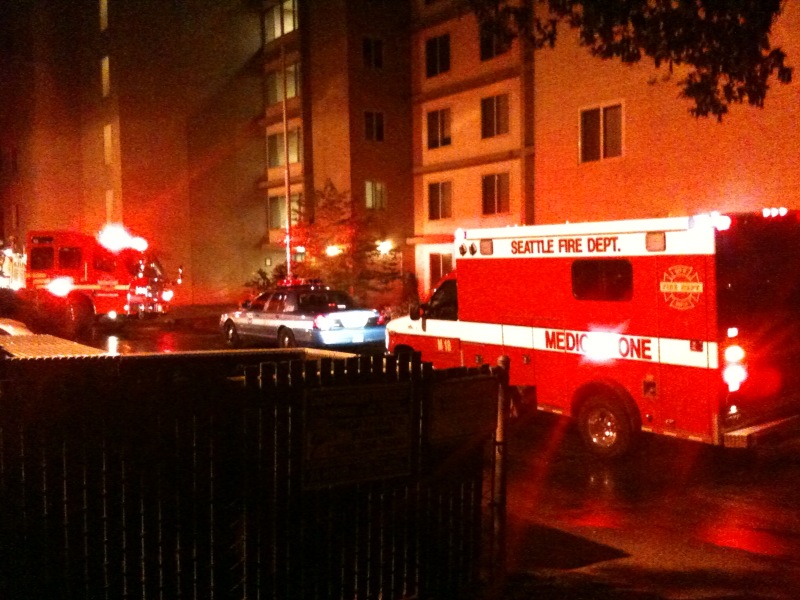 The couple got into some sort of domestic dispute and the suspect beat the victim with a hammer and possibly other objects, mortally wounding her.

The suspect then jumped to his death from the south windows of the sixth floor apartment.  The victim was treated at the scene by Seattle Fire Department and taken to Harborview MC where she died.

Homicide and CSI were called out to the scene.  The area was canvassed and CSI processed the scene for evidence.