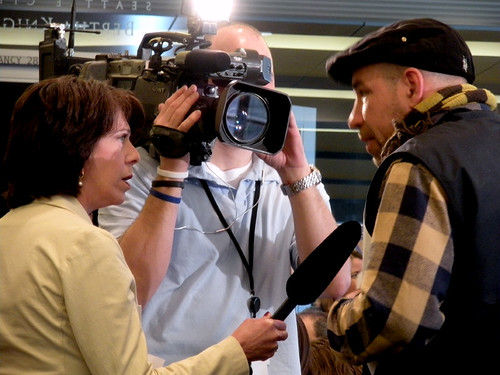 Mayor Mike McGinn signed his veto letter opposing the recently-passed aggressive panhandling ordinance spearheaded by City Councilmember Tim Burgess. Unless one of the four Council members who voted in opposition to the bill changes his/her mind, this veto should kill the ordinance.

Opponents of the bill — including members from the ACLU, NAACP, Real Change, the Seattle/King County Coalition on Homelessness and the Seattle Housing and Resource Effort — turned out for the 1:30 p.m. press event at City Hall. Several leaders of the opposition efforts — including Councilmember Nick Licata, who was the lone Council opposition just a week or so ago — gave speeches before the signing.

Despite the concentrated gathering of poor and homeless people at the event, now allowed to run free in this lawless town, the most aggressive solicitation this reporter experienced was from a Children's International canvasser who approached me with his hand out and said, "Say, I bet you think you're an interesting person!" I did not wait to see if he thought differently. 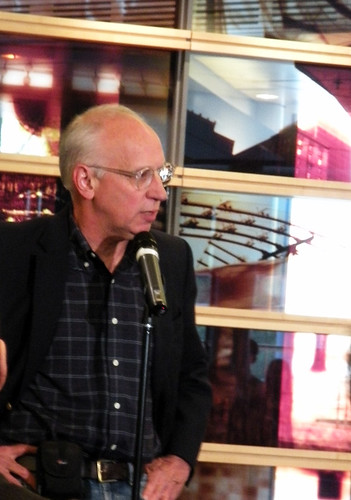