There's tons of chatter today about the Sasquatch! lineup. The festival has ascended to Coachella/Bonnaroo/Lollapalooza status, snagging national music headlines with its lineup announcement. While plenty of folks are excited to see the recently reunited Pavement on the bill (alongside groups like My Morning Jacket, Ween, and Vampire Weekend), there are some other acts that I'm far more excited about catching at the Gorge over Memorial Day weekend.

Public Enemy. Yes, they are nearing AARP status, but so are a lot of amazing music acts that still know how to bring it on stage. Madonna is 50, Prince is 50, Chuck D is 49. All three are still incredible performers. I bet Public Enemy puts on a solid Sasquatch performance that young music fans in the audience ought to witness. 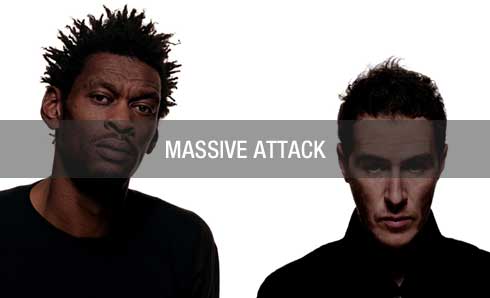 Massive Attack. OMG. That's all I can say.

Shabazz Palaces. Their music is undervalued, incredible, and despite how much hype Ishmael Butler (formerly of Digable Planets) receives locally for his neoplanetary hip-hop project, he deserves a larger audience. This is the chance for Ish and crew to shine on a big stage again.

Japandroids. One of the best pure rock acts in the Northwest. After the Vancouver-based duo dropped their infectious Post Nothing LP last year and played two raucous shows in Seattle, my love for them increased tenfold.

Camera Obscura. Some of the best Brit-pop from a non-English band you'll ever hear. The Scotland crew have a knack for crafting ethereal indie tunes that can make guys and girls alike swoon. When they play smaller venues, their shows are intimate. I'm curious how they'll do on a large festival stage.

Dam Funk. This LA-based act is focused on nothing but pure funk—bringing that Parliament-Funkadelic/Roger Troutman groove back to life.
Filed under
Music, Arts &Amp; Culture
Show Comments

Celebrate with Inauguration Day Takeout from These Seattle Restaurants

Bean Dad, Ken Jennings, and the Limits of Blaming a Platform

A Big Seattle Movie Guide: What to Watch and What to Skip

Northwest Travel 2021: Where to Go, What to Know

Where to Go Sledding Near Seattle

Sea-Tac Gets a New International Flight

Washington's Coronavirus Vaccine Distribution Needs a Shot in the Arm

Starting Over in a Midcentury House in Seward Park

Which Neighborhoods Closed 2020 the Strongest in Seattle Real Estate?

Welcome to the Dollhouse

Property Watch: A Leschi Victorian with a Pearl Jam Connection