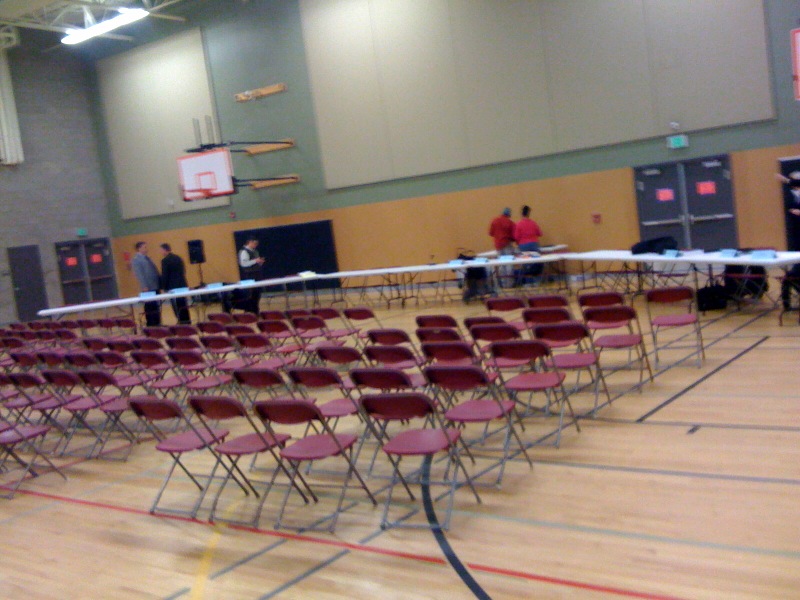 maybe ten people not employed by the city in some capacity (or a newspaper) who showed up to last night's disastrous Police Chief Search Committee meeting.

Five people gave testimony. One of them came to the event wearing a Lion King backpack.

The three people that spoke said they hope a new chief will work with communities, clean up the department, expand drug diversion programs, and increase accessibility between average Joes and the department. Oh, and committee co-chair Charles Rolland dismissed a Seattle Times article—which ran earlier this week—that implied there are already two front-runners for the police chief position. "You can't believe everything you read in the paper," Rolland said, noting that the committee hasn't received any applications yet.

Anyhow, I'm starting to think maybe (alright "starting to" and "maybe" is being a bit generous) this is a rabbit hole issue and that people don't really give a shit about what the next police chief does. Fair enough.

The next two town hall meetings (ugh) are scheduled for 5:30 p.m. Feb. 17, at Franklin High School, and 5:30 p.m. Feb. 26, at New Holly Gathering Center. I'm betting most of you wont show up. Understandable. These meetings are scheduled at ludicrously inconvenient times for working people and, again, this is kind of a niche issue.

But if you've got anything you'd like to say about what you want out of your next police chief, you can either go here or post it in the comments. I'm betting there are some smart people that read this blog who have very specific ideas about things that need to (and actually could be) fixed/improved/revamped under a new police chief.