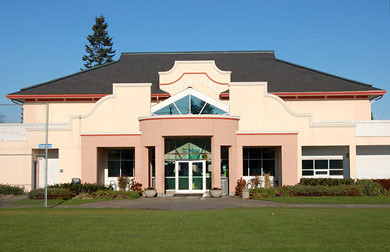 When Seattle police were called to the South Park Community Center last week to take a report for a break-in, officers found the scene littered with broken glass and bullets.

On January 20th, police were called to the community center to take a report for an overnight burglary. The report says the thieves stole four Macs—although they left several Dell computers untouched—and apparently fired off a number of rounds inside the community center.

Police found four bullets laying on the ground, and embedded in walls and doors. It appears the thieves may have shot out a window to make entry to the building.

Officers talked to neighbors, who said they'd heard what they thought were fireworks around midnight or 1:00 a.m.

The report estimates lists loss/damages in the burglary at $10,000