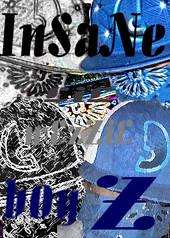 Police and prosecutors have apparently busted up a gang of teenage burglars in South Seattle who, authorities say, may be responsible for more than 60 break-ins at homes Seattle and Renton over the last two years.

Today, King County prosecutors filed charges against seven members of the Insane Boyz gang for burglary, unlawful possession of drugs and firearms, and trafficking in stolen goods. Three of the members charged are juveniles, and all of the members of the group are between 23 and 15 years old.

Alleged Insane Boyz members John Denver Lucas and Melchor Soriano Lucas are each facing two counts of burglary; Cristano Abenojar Gonzales was charged with three counts; and Jason Reeves Lee was charged with one count of burglary. Prosecutors are coming down even harder on the younger members of the gang.

Prosecutors have charged a 16-year-old boy with ten counts of burglary and one count of trafficking in stolen property; a 17-year-old alleged Insane Boy was slapped with three counts of unlawful possession of a firearm, a drug charge, and six counts of burglary; and his 15-year-old brother was charged with one count of drug possession, five counts of burglary, and two gun charges. Police found several handguns, a rifle, a shotgun, and more than 100 grams of marijuana in the brothers’ rooms during two separate searches last year, police records say. The teens reportedly told officers the guns were for “protection.”

According to prosecutors, between November 2007 and September 2009, members of the Insane Boyz broke windows and kicked in doors at homes around South Seattle, stealing jewelry, electronics, cash, and whatever else they could find. Records say gang members even targeted homes used in marijuana grow operations, making off with pounds of pot, which they later smoked or sold. (ed note: Insane indeed.)

While police records indicate the Boyz were fairly prolific, there seems to have been little rhyme or reason to how they selected their targets.

Police records say that one day last March, several Insane Boyz members were sitting around at Melchor and John Lucas’s home smoking weed when they decided to break into a neighbor’s house, which had apparently been repeatedly raided by the FBI.  They called Lee and told him “we’re about to hit a lick”—meaning commit a burglary—and minutes later, the boys allegedly walked out of the home carrying a safe filled with cash, jewelry, and nude photos. They disposed of the safe in a dumpster behind Rainier Beach High School, court records say. “I didn't plan on burglarizing the house, it was something that just happened," Lee later told police.

Over the last year, police interviewed members of the Insane Boyz gang and got full confessions for dozens of break-ins in the south end. But, for some reason, the cases apparently weren't forwarded to prosecutors until last week.

Police were certainly familiar with the seven young men. Melchor Lucas was arrested in November 2007 following a botched burglary in the 5500 block of Beacon Ave S. When police searched a van used in the burglary, they found a 9mm pistol, which belonged to Lucas, hidden inside of a teddy bear. Lucas was also put on a list of prolific burglars being targeted for aggressive prosecution.  The 17-year-old boy was a suspect in at least 10 burglaries, records say; the 16-year-old had been Tased by officers after he was caught breaking into a home near Aki Kurose Middle School; and Lee was also on probation for illegally carrying a loaded handgun.

Court documents say Gonzales could be facing a 63-84 month sentence, while John Lucas could be looking at 33-43 months. Documents do not list possible sentences for the other men who've been charged.

Last year, there were 15,565 burglaries reported in King County, so it would be easy to assume that taking seven young burglars off the street won't have much of an impact. However, in an interview earlier this year, King County Prosecutor Dan Satterberg said he believes "a very small number of offenders are responsible for the vast majority of burglaries" around the county. Satterberg believes about 150 burglars are committing most of the break-ins county wide, and prosecutors have begun building bigger cases against repeat burglars to keep them locked up for longer. "If we get longer sentences, when they're in prison they can't break into your house," he said.