An employee at the Crocodile Cafe in Belltown alerted police to a possible arson attempt at the club earlier this month, a recently released police report says. 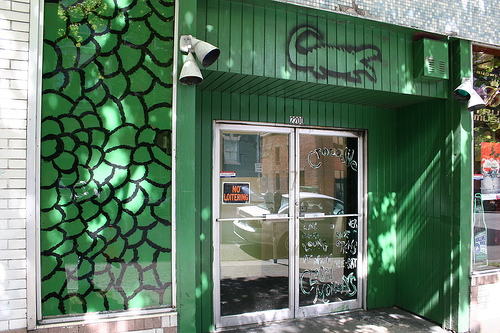 According to the report, a club employee told officers that at around 2:00 a.m. on December 6th, someone poured kerosene on the west and south walls of the club. At the end of his shift, the employee "noticed the strong smell of kerosene and thought someone was going to set the building on fire," the report says. Employees cleaned the kerosene off of the building and notified police.

This apparent arson attempt is one of at least three arson-related incidents Seattle police have investigated in the last few weeks in Belltown.

On December 3rd, someone torched an unoccupied baby stroller outside of a dance studio near 1st and Virginia. Five days later, on December 8th, police were called to the Labor Temple on 1st and Clay after someone set a fire in the building's stairwell. "I observed a small lighter lying on the stairway and could see burn marks on the stairway," Officer Donald Little wrote in his report." A witness found the fire and stomped it out.

Reports don't indicate whether police believe any of the fires are related, and it does not appear police have any suspects.