Three men say they robbed in Beacon Hill earlier this month by a man dressed as a cop.

According to a police report, the men—who are all in their late teens and early twenties—were driving near the 7300 block of Beacon Ave S at about 9:45 p.m. on December 20th, when a green Ford Crown Victoria pulled up behind them, flashed its lights and turned on its siren.

The men pulled over and a white man in his mid 20s, about 6'2" and 200 pounds—wearing a black police uniform with SPD patches—walked up to t 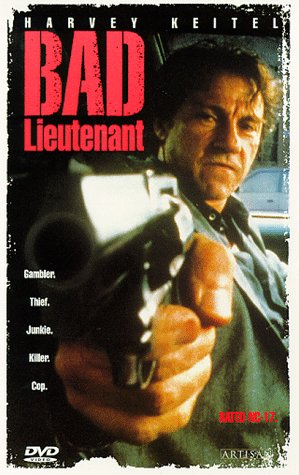 heir car and asked for the driver's license.

The "officer" was apparently dressed in a fairly authentic police uniform. In addition to the patches, the police report says the man was alse "wearing a bullet proof vest [...] a duty belt with a gun, radio, flashlight, pepper spray, hand cuffs" and a radio.

His car was also outfitted with flashing white lights in the grill and a light bar in the rear window, and hd a laptop resting on a platform near the steering wheel, plastic back seats—just like in a real police car—and a push bar on the front of the car.

The fake cop told the driver he'd been pulled over for having a tail light out. The driver argued with the officer, the report says, and told him "he had just gotten the vehicle and that all the lights were working fine."

The "officer" asked the man to step out of the car, patted him down, and made him sit on the hood of the fake patrol car.  The officer then walked over to the man sitting in the passenger seat, asked for his name and birthdate, and returned to the patrol car. A few minutes later, the officer approached the passenger and told him "You have a warrant. Step out of the vehicle." The officer did not say what the warrant was for.

The passenger stepped out and was handcuffed. The officer then patted him down, taking his keys, $300 in cash, a cellphone, and the gold and diamond grill from the man's mouth.

The officer took all of the items and placed them in his trunk before he told the three men "I'm gonna let you go this time." When the men asked for their stuff back, the officer told them "You guys just get out of here."

The men reported the incident to police the next day, and officers working the night shift at South Precinct were notified of the incident.

Police apparently showed the men a photo of a "known police impersonator" but were unable to link the impersonator to the robbery.