th during a SWAT team raid near Fremont, in which police recovered at least one stolen vehicle and an arsenal of stolen guns. 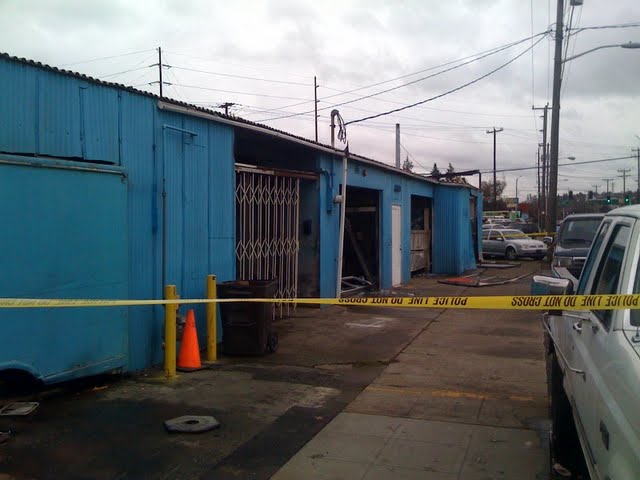 Thursday night before a SWAT team surrounded the building and arrested Nikita Morozov, 28, and Sean Campbell, 39, who prosecutors say were in possession of a number of firearms stolen from vehicles in Snohomish County and Seattle earlier this year, as well as a 2007 Toyota stolen from a business in Magnolia last month. During the surveillance, police records say, “Morozov...was seen driving [the stolen] silver 2007 Toyota."

Police records say Morozov surrendered to police shortly after SWAT surrounded the building, but officers ended up in a standoff for several hours with Campbell, who refused to come out of the garage. Records say Campbell, a "violent wanted felon", ended up climbing on the roof of a neighboring business in an ultimately unsuccessful attempt to flee from police. He was arrested and booked into the King County Jail for possession of stolen property.

When SWAT, detectives, and members of the Major Crimes Taskforce searched the garage, records say police found found several shotguns, rifles, and handguns, along with ammunition, silencers, and pipe bombs."There was evidence that the occupants were using the structure as a shooting gallery," police documents say, noting that loaded firearms were kept in a sleeping area in the building. "The most logical area to sleep had a shotgun in plain-sight," records say.

Both Morozov and Campbell are convicted felons, court records say, and are unable to legally possess firearms. Court documents say Morozov has a prior conviction for unlawful possession of a firearm, while Campbell "has ten prior felonies including: theft, burglary, residential burglary, escape, possession of stolen propert, taking motor vehicle without permission and possession of firearm."

Prosecutors say additional charges for possession of a stolen vehicle could come later this week.