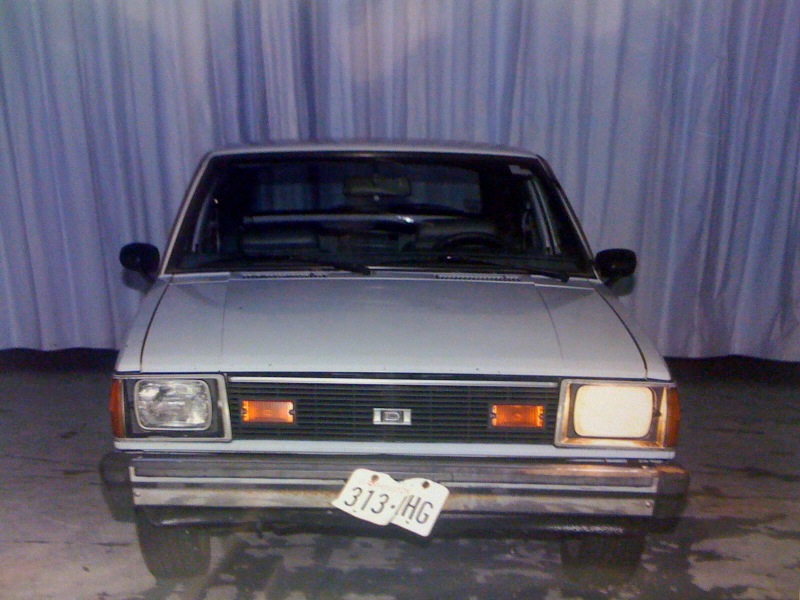 Christopher Monfort in 2008 when sold his Datsun 210 to the man now accused of killing Officer Timothy Brenton on Halloween.

Rose has written about his strange dealings with Monfort in WWU's newspaper, the Western Front:

When I sold my 1980 Datsun 210 hatchback to Christopher Monfort in the summer of 2008, everything went as normal.  We haggled over my asking price.  He said he liked the stereo.  He complained that the gas mileage wasn’t as I advertised.  He said he played guitar and I told him I played drums. He said he wanted to jam sometime.

Now, more than a year later, Monfort has been charged with the murder of Seattle police officer Timothy Brenton on Halloween night.  Life-ending shots were reported to be fired from the very car I sold him that summer.

Shortly after the sale of the vehicle, Rose says Monfort drove back to Rose's neighborhood and called him to complain about the car's mileage, and see if he "wanted to jam."

I continued to receive the occasional text message and voicemail from Monfort during the weeks that followed.  At first he continued to complain about the gas mileage, though he eventually conceded that he was mistaken in his measurements.