Former members of the group Furious Styles contacted Seattlecrime.com this evening to voice their 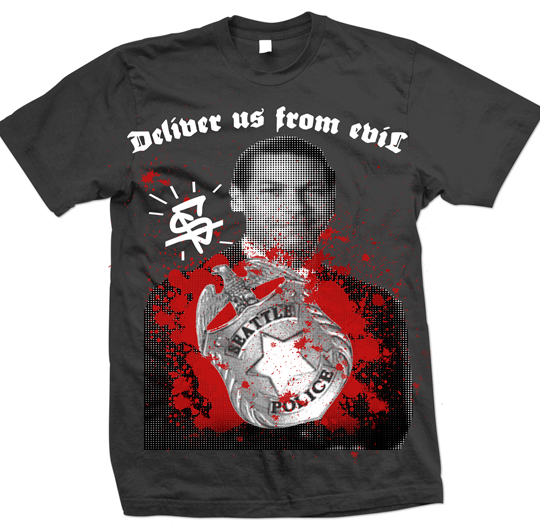 own outrage about a recently produced band t-shirt honoring alleged cop killer Christopher Monfort, who has been charged with killing Officer Timothy Brenton on Halloween.

"We don’t support it at all," says former Furious Styles guitarist Harris Richardson.

According to Richardson, the shirt was produced by Furious Styles member Mike Torres, without the knowledge of his former bandmates. Seattle Sound magazine also says Furious Styles broke up earlier this year.

Richardson—who contacted Seattlecrime, along with along with former Furious Styles drummer Miles Freeborn and bassist Tony Reed—says in the two years he was in the band, their music did not have an overt political message. The violent anti-cop sentiment behind the shirt, Richardson says, is not something the rest of the band shares. "It’s fucking stupid," he says. "It’s not like [Monfort] was a political activist. He...wanted to be a cop. He’s not really standing up against cops. It’s not like we’re talking about Mumia or anything."