Because I first saw The Pink Panther (1964) at the tender age of eight, I always assumed that my nebulous and confused memories of its plot were due to my own inability to follow along. 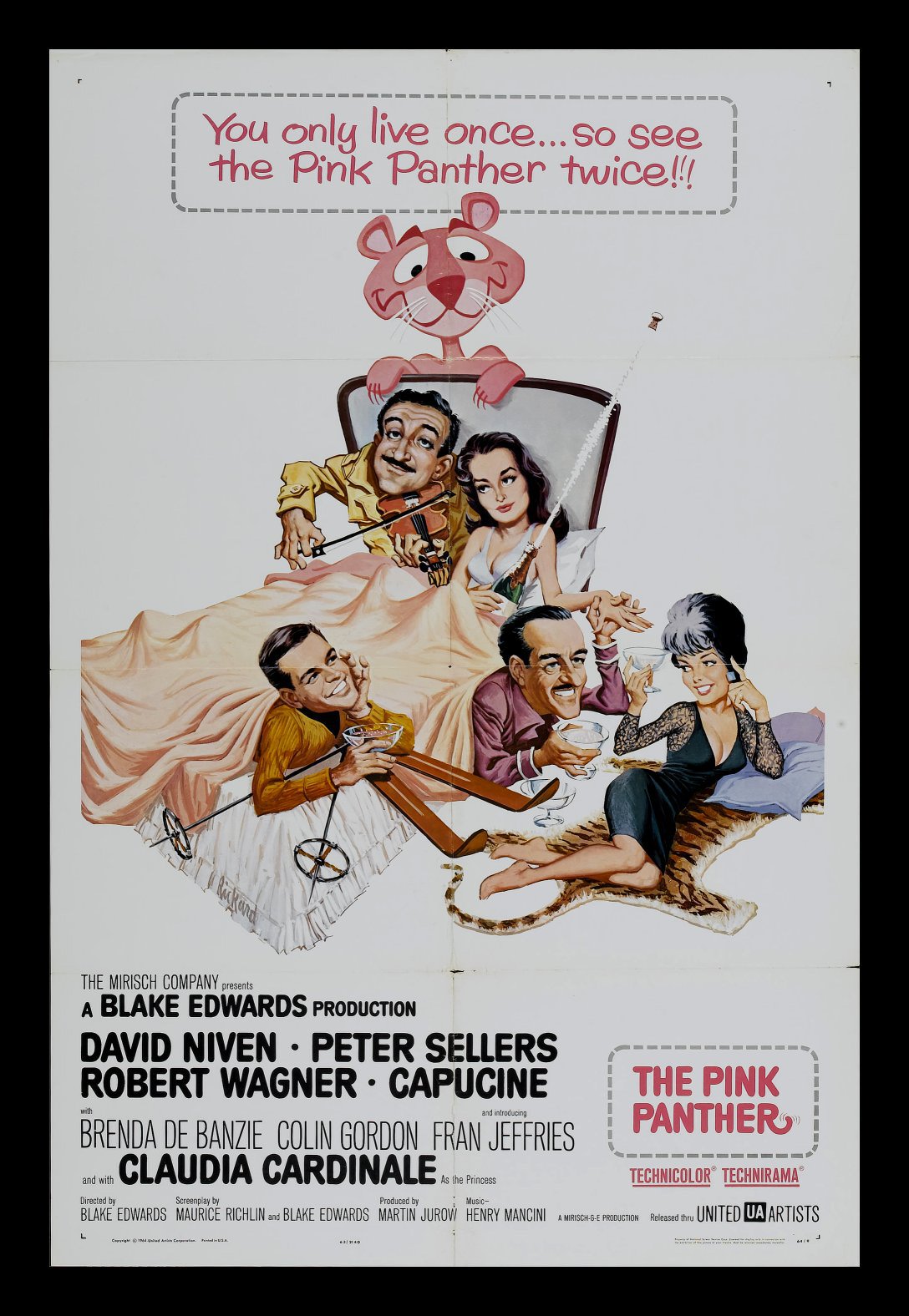 Upon repeat some seventeen years later, I realized that I had seriously overestimated the story.  The Pink Panther meanders, stumbles, overreaches, and ultimately fails at constructing a remotely coherent narrative.  It's sort of a heist movie, sort of a Bond spoof, sort of a Peter Sellers vehicle, sort of a farce, but even within twenty minutes of watching, one would be hard pressed to explain how any of those story elements fit together.

The thing is, though, that none of this matters.  Because the real story of The Pink Panther is style.

From an opening credit sequence that spawned a successful cartoon and plays out to my personal favorite movie theme song, this film goes on to encapsulate a vision of mid-sixties luxury in a film style that can only be described as "what's up, Technicolor?!"

Basically, this is not a movie that you want to follow. It's a movie you want to hang out with. Tailor made cocktail dresses in a ski lodge with a fire pit and a dancing girl doing the samba while serenading guests in Spanish: It's that cotton-candy vision of the carefree, hedonistic upper class in which it just seems natural that everybody's outfit matches the decor of the room they're in, and that skiing in the Alps would be underlaid by mood jazz sprinkled with jingle bells. 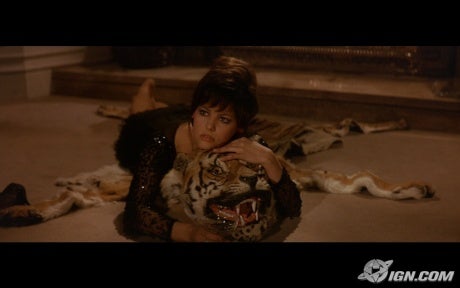 Of course, the other story in The Pink Panther is Peter Sellers.  This man is a master of comic timing.  He could watch paint dry and it would be funny.

Instead, he does things like trying to lean on a spinning globe, knocking his wife into a closet in a moment of overzealous affection, or kissing the hairy hand of his companion when he intends to lay his lips on the delicate digits of a princess. In the classy surroundings, Sellers' Inspector Clouseau is a bull in a china shop, but it's china you can't wait to see broken into tiny pieces.

See the Pink Panther in the lap of luxury at Central Cinema: A glass of wine, a brick-oven pizza or arugula salad.  Dress up in your best pastels and pillbox hat for a little extra flair.  Plays September 30-October 7 at 6:45 & 9:30pm.
Filed under
News
Show Comments

Celebrate with Inauguration Day Takeout from These Seattle Restaurants

What to Do in Seattle This Week

Bean Dad, Ken Jennings, and the Limits of Blaming a Platform

Northwest Travel 2021: Where to Go, What to Know

Where to Go Sledding Near Seattle

Sea-Tac Gets a New International Flight

Washington's Coronavirus Vaccine Distribution Needs a Shot in the Arm

Starting Over in a Midcentury House in Seward Park

Which Neighborhoods Closed 2020 the Strongest in Seattle Real Estate?

Welcome to the Dollhouse

Property Watch: A Leschi Victorian with a Pearl Jam Connection