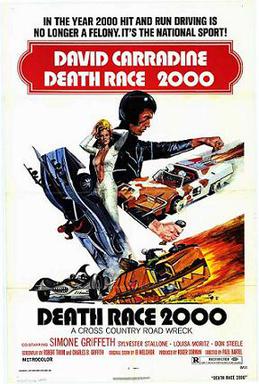 If you missed your chance to celebrate David Carradine's career in the waves of recent celebrity death, you can take a couple of hours to watch Death Race 2000 at Central Cinema, and have a beer in his honor while you're at it.