Flashmail from the ongoing revival of Columbia City: It's Tuesday night at Lottie's Lounge, the coffeehouse that grew up to be a smokin' little nightclub, and an avant-garde keyboardist is jamming away with his friends in the corner.

Not that there's room for them—Lottie's is pretty narrow between its cognac walls and brick-backed bar, which sparkles with martini fixings and the kind of noshes martinis favor. But the crowd—wearing fisherman caps and fauxhawks to grey ponytails and lesbohemian berets—just crams closer together, much the way they dwell in this 'hood, grateful that Lottie's is the unofficial salon of Rainier Avenue.

The keyboardist? The internationally renowned Wayne Horvitz, who with a changing crew plays Lottie’s like a friend’s living room for five bucks a head every Tuesday. But keep it under your hat, won’t you?

For more Seattle restaurant coverage, check out the eat and drink section. 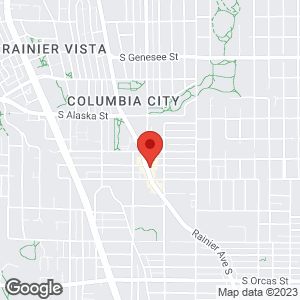