What began as a yakitori destination with a confusing numeric name, 4649, has morphed into an izakaya that pays particular attention to dishes from Hokkaido, Japan’s northernmost island. Chef Keisuke Kobayashi grew up in its largest city, Sapporo, and prepares the region’s zangi fried chicken, a barbecue-style lamb dish here dubbed Zin Gis Kahn, and Hokkaido scallops in butter. The rest of the menu is equal parts Japanese staples (adept ramen, okonomiyaki sashimi, and pressed sushi) and drinking snacks that veer in a more Northwesterly direction, like uni bruschetta and shishito peppers. Between the food, the expanded space, and the roster of sakes and Japanese whiskey, Yoroshiku is one of those chill neighborhood restaurants that’s solidly worth a trip from another part of town. 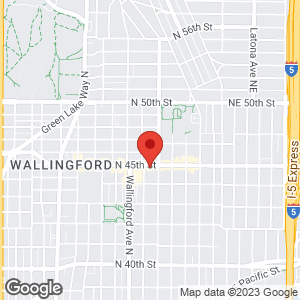 29 Seattle Japanese Restaurants That Won't Let You Down

We live in a city overflowing with excellent Japanese food. Whether you're craving top-notch ramen or hand-rolled sushi, these are the spots to seek out.

Will Sake Finally Have a Moment in Seattle?

Two of the buzziest new Japanese restaurants both have a draw aside from the food: serious sake programs.