It’s the pull-out-all-the-stops, Big Night Out dining room in the state, maybe in three states—and it’s pure culinary pleasure. Its genesis is the stuff of legend; a couple of humble Fall City gardeners with extra chives began selling their bounty out of a roadside cart, then a small retail shop, where they began turning the herbs into festive lunches, then multicourse dinners. Before long, the charming country restaurant had earned a regional reputation for nine-course feasts built upon a theme—Copper River salmon perhaps in late spring, truffles midwinter. A potentially jarring chef turnover in the winter of 2007-08 left fans a little anxious—until they discovered the prodigious talents of the nationally renowned superstar Keith Luce. Like his predecessor Luce combs the wilds and the deeps for the freshest seasonal components, then ingeniously combines them into the sorts of preparations that make bold new sense of Northwest plenty: Dungeness crab and spot prawns with apple-fennel salad and a frothy sea urchin sauce; Douglas fir sorbet, a bracing Herbfarm classic; or, during root vegetable week, Wagyu beef short ribs with truffled beets, glazed turnips, and a parsnip praline. It is all served with astutely matched wines by a staff of courteous pros, and preceded by a lively tutorial from the chef on the herbs and ingredients on offer that evening. There's a lot that's unique about the Herbfarm, including its florid baroque decor (whatever isn't gilded is covered in chintz), its five-hour dinners, its Chilean guitarist, and its lavish formality (Five forks! Five wineglasses!). But for our money, and it's a lot of money, its oh-so-earnest delight in the garden is its most endearing quality. Reservations essential. 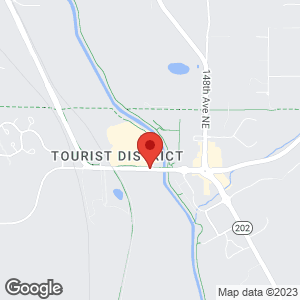 Every May, the James Beard Foundation announces the latest winners of America’s most prestigious culinary awards. Until then, you can dine your way through o...

Where to Dine Out for Thanksgiving

Not interested in cooking this year? Here's our roundup of restaurants to check out for a hands-off holiday.

In honor of Washington Wine Month...

The week in which: Chow Down returns to Columbia City, Zig Zag Cafe hosts a gin dinner, and Mezcaleria Oaxaca opens for a one-time-only brunch.