One of the two identical twin sisters who opened the charming Pie Bar splintered off to open this one in Ballard: Similar inspired pie-booze lineup, similar late-night hours, similar takeout window, even similar recipes—but about three times the size and able to sell whole pies. Though the baker sister stayed at Capitol Hill, you probably won't discern big differences...these pies are just good enough at any hour, and the best thing you've ever tasted at 2am. 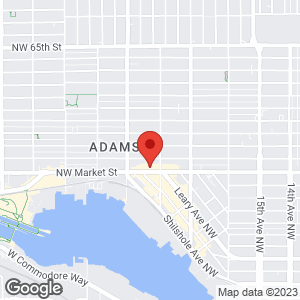 Go ahead, grab a slice of heaven...in pie form.

The dessert that loves you back.