Soaring, lushly appointed, luxuriously open day and night, pinned to a prime corner of downtown—Thierry Rautureau’s three-level showpiece with the vivid walls and white booths and the buzzing bar is one of a very few dining destinations in the downtown microclimate around Sixth and Union. Which is why it will surprise some that in addition to the prettily composed French plates, it’s mostly down to earth, with locavore priorities, a meaty $18 burger, and a come-as-you-are welcome from the restaurateur who invented it. 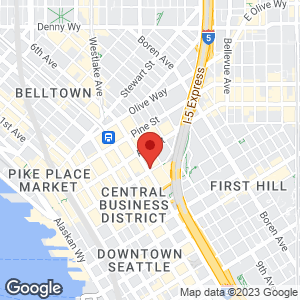 A Seattleite started a Facebook group on Monday to meet at local restaurants and “inundate them with love and tips.”

Every May, the James Beard Foundation announces the latest winners of America’s most prestigious culinary awards. Until then, you can dine your way through o...

Special-Occasion Dining Season Is Upon Us

15 feasts of fancy because indulging starts…now.

The big deals go better when you can order reliably great food, get sophisticated service, and hear your guests talk.