Some joints stay new forever; some are old souls from the moment they blow the foam off the inaugural pint. That's King's Hardware—formerly a hardware store—which has Ballard Avenue to thank for its dinged wood and vintage brick, but credit Linda Derschang and her partners for its blazing authenticity. You remember Derschang, the one who single-handedly launched the identity of Capitol Hill's Pike/Pine corridor by opening Linda's Tavern. Now she and her partners have created another soul-drenched haunt—there's the jukebox, the really long list of burgers, the skee ball, the deer head on the wall, the huge back deck to make you pine for summer, the really delish list of burgers, the black-and-white photographs of somebody's grandma…and did I mention the burgers? Yep, there's great beer (maybe 14 on tap, 22 in bottles) and real booze, three salads, and sensational sweet-potato fries. But it's those burgers—one-dozen-plus, crafted of entirely virtuous Painted Hills beef and topped with such splendors as goat cheese and beet relish or grilled onions and swiss—that'll have you plotting ways to move to Ballard. 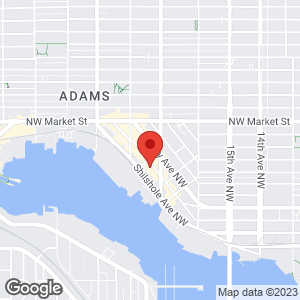 Claim your spot at the city’s rooftops or decks.

Where to Dine Out on New Year's Eve

Whether you plan on a graceful exit or going out with a bang, these are the best seats in town for 2018's grand finale.