And now from the entrepreneur who brought us Fuel Coffee comes a pie-stop on Capitol Hill that neither looks nor cooks like Grandma’s kitchen—but sometimes tastes like it. Inside the sleek and modern high-ceilinged space, Pike/Pine hipsters savor sweet slices of apple-cinnamon or peach-ginger; savory ones of broccoli-cheddar or tomato-basil-mozzarella. Verdicts are mixed on the success of High-5’s pies, with some wanting more of the fatty moisture that makes pie crust craveable. But nobody can sustain much of an argument against a joint that bakes pies in muffin tins (Cutie Pies) and Mason jars (Piejars). 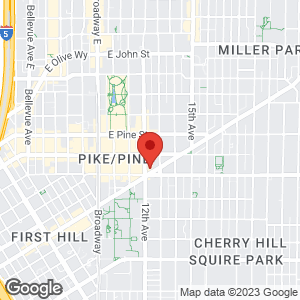