One can pretty affordably assemble a giddy repast from some 10 varieties of salumi, several vegetable nibbles, a half dozen bruschetta, and a dozen or so pizzas at Bar Cotto, originally a sort of sister restaurant to Ethan Stowell’s late Anchovies and Olives. Toppings are beautiful on the pizzas—particularly housemade guanciale, mozzarella, and a sweet dusting of fennel pollen—but the crackly-pillowy-blistery crusts skew oily. Then there’s salumi with torta fritta (the hot, savory beignets Northern Italians melt their salumi around) along with a perky toss of, say, marinated beets with pistachios and golden raisins, and a nice, stiff (exquisite) cocktail. Via Tribunali alum Brandon Barnato recently took ownership, but don’t expect any drastic changes to the menu—though handmade pasta is in the works. 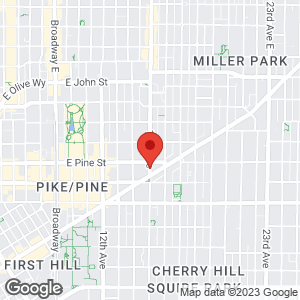 A Seattleite started a Facebook group on Monday to meet at local restaurants and “inundate them with love and tips.”

Sadly, Not Long for This World: Bar Cotto and Anchovies and Olives

These neighboring Ethan Stowell Restaurant spaces are up for sale.

49 Things Every Seattleite Must Do This Winter

Where to skate, soak, drink, dine, and, yes, swim all season long.