The year was 1976; the place, a Seattle few will remember—a Seattle without a coffeehouse on every corner. Even Starbucks, whose stores you could still count on one hand, was just a roaster. Oh, a few coffeehouses existed—Café Allegro, still pulling espresso on a U District alley, was quite possibly the first—but until a visionary scene-setter named Lois Pierris came along none would nail the elegant bohemian esprit that made her B & O Espresso such a thing of beauty. Pierris was a maestro of romantic atmo (before getting out of the restaurant biz she also gave us Serafina), and for years the B & O, with its vintage European vibe, was the place to cap a date with a coffee and a sumptuous dessert. It was also a haunt of artists—legend has it Pearl Jam came up with its band name there—and activists and urbanites, providing one of the original "third places" in a town that would one day make them its primary export. —Kathryn Robinson 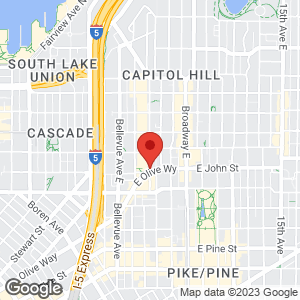