How Ballard is this: The neighborhood's skankiest dive has been reborn as its hippest watering hole. The folks who brought us Thaiku and La Carta de Oaxaca have brought out Ballard's inner Viking—the ship's hull in which the bar is housed will be your first clue—with a menu paying pithy, masterful homage to the under-represented cuisine of the big guys in the horned helmets. So you've got aquavit-braised short ribs, pickled herring, and killer fish cakes with tarragon aioli, along with lively cocktails like the Fjellbekk (a refreshing lemon-vodka number) and Stor Agurk (savory, with cucumber and fennely aquavit). It's a fond, authentic, and more-than-a-little-ribald tribute to Seattle's Scandinavian heritage—and we raise a hearty Skål to the first bar in Seattle to make it. (Just don't bring the kids—they're not allowed in and it looks so bad when you leave them on the sidewalk.) 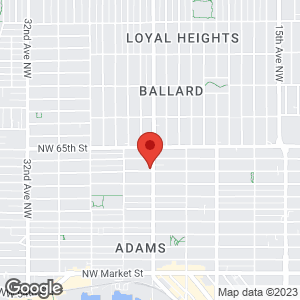