One can pretty affordably assemble a giddy repast from some 10 varieties of salumi, several vegetable nibbles, a half dozen bruschetta, and a dozen or so pizzas at empire builder Ethan Stowell’s sleek nosh bar. Toppings are beautiful on the pizzas—particularly housemade guanciale, mozzarella, and a sweet dusting of fennel pollen—but the crackly-pillowy-blistery crusts are too oily. Instead, try some salumi with torta fritta (the hot, savory beignets Northern Italians melt their salumi around) along with a perky toss of, say, marinated beets with pistachios and golden raisins, and a nice, stiff (exquisite) cocktail. 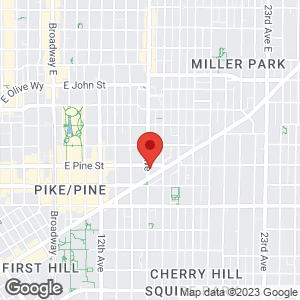