The 12th Man’s iconic 12 popped up everywhere last season, but not even the Seahawks could trump the Russell Investments Center’s display of team spirit. The west side of the 42-story building lit up with a giant 12 every playoff weekend during the championship run.

The largest display of Hawks pride in town was organized by Matt Hale and Rob Keator of CommonWealth Partners, which owns the tower. The duo took a detailed approach, collaborating on spreadsheets and floor plates to properly map out the digits’ design.

On the Friday evening of game-day weekends, they asked tenants to close all the blinds on the west side of the building and then had a team open them up according to the planned layout. And while the Sea-hawks were the ultimate winners, the building took home a title of its own: first place in the Seahawks’ Hawkitecture Instagram contest. Look for Russell Investments Center to light up the skyline once again—and not just during the playoffs this time.

(Hover over bulletpoints on image) 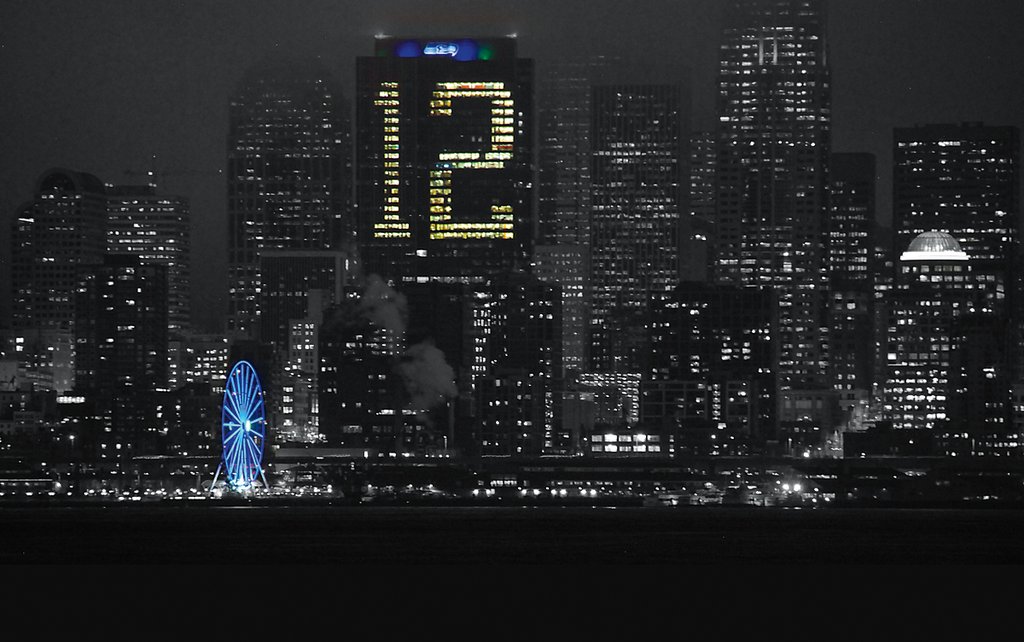 The Broncos Got Russell Wilson, But We Get to Keep the House